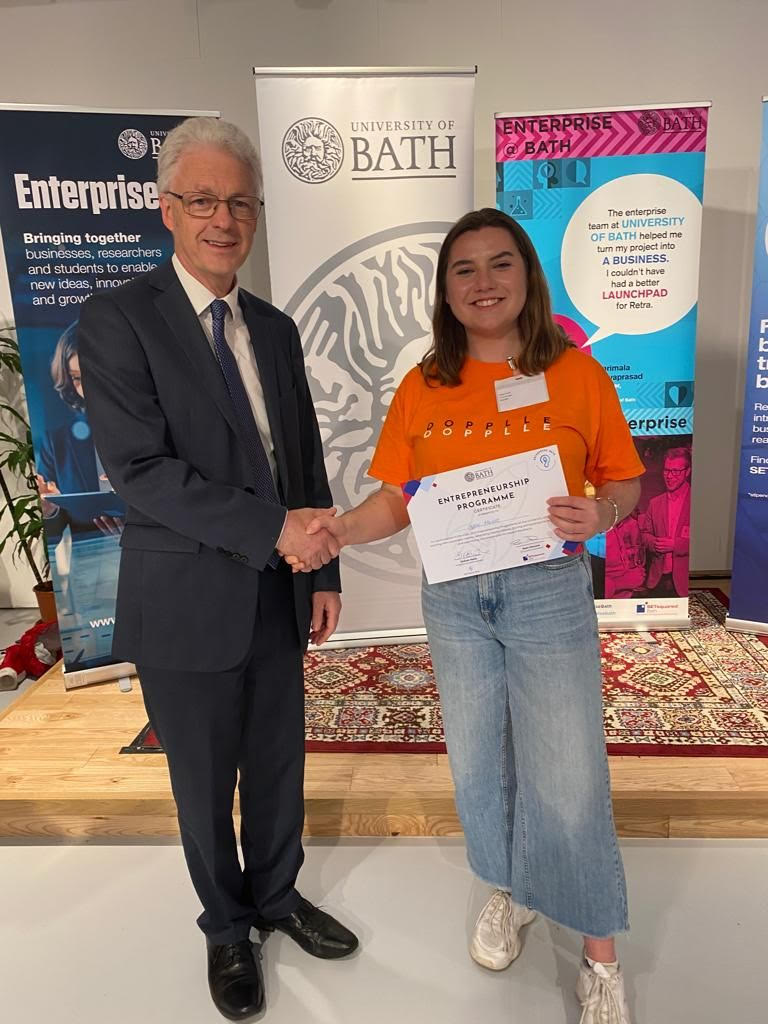 Awards time at the University of Bath has meant an intense but #proud couple of weeks for myself and others this year, alongside a few deadlines for my #Masters!

Starting off with the Student Union awards, I was honoured to be nominated alongside 5 others (including my housemate, Athénaïs) for the Rob Tyrell Award for Outstanding Individual Contribution. This is awarded to members who have contributed to a variety of areas within the SU, in memory of an SU activities officer. I was proud to receive the “Highly Commended” award for this.

The same evening, the University of Bath Sailing Club (UBSC – a large part of my 5 year university career) was nominated for 3 separate awards; Event of the Year, Best Awareness Raising Activity and Best Overall Group. We won Event of the Year, in recognition of our inaugural Team Racing Event, the Bath Robe.

The following day, my father and I supported the uni’s first student Enterprise Day (thanks Anna and Siobain), by running a Swap Shop alongside our stand. This event was about entrepreneurship, encouraging students to get involved with the world of business. The same evening, I was fortunate enough to receive an award recognising my involvement with Enterprise Bath, part of the #university that has helped me and my start-up Dopplle, continue to grow.

Next saw the UBSC end of season dinner, celebrating all our successes over the past year as a club, and how far we have come since COVID-19 put a halt to our activities, on and off the water.  As the Recreational Secretary (where I ran weekly sessions for our members) it has been incredible to watch our club grow to a record number of members, with over 80 participating in recreational and development #sailing.

After a few days of rest and a few deadlines later, the SU held their Blues Awards evening inside Bath’s infamous Assembly Rooms. Another black tie event, this time celebrating the successes of all the sports across the university. I received a Blues Ribbon for my involvement with Touch Rugby over the past four years, a club which has allowed me to learn a completely new sport from scratch while giving me unforgettable memories. Secondly, the UBSC was again nominated for an award. This time it was Club of the Year, and we were ecstatic to win. From salt dough crafting socials, to being the only sailing club to take two women’s teams to the Women’s Team Racing event, our committee and members dedication to the club the past year shone through.

Even though I still have six months left of my Masters, the next few weeks will be the last I participate in SU life within Touch Rugby and Sailing while still being a student – when I am an alumni, I know I will be back!

Special thanks to the UBSC and Touch Rugby for being a core reason as to why I stayed at university a fifth year, and the belief of the UBSC club that I should be on #committee, before I had even had my Masters accepted! First on the water and in my heart.